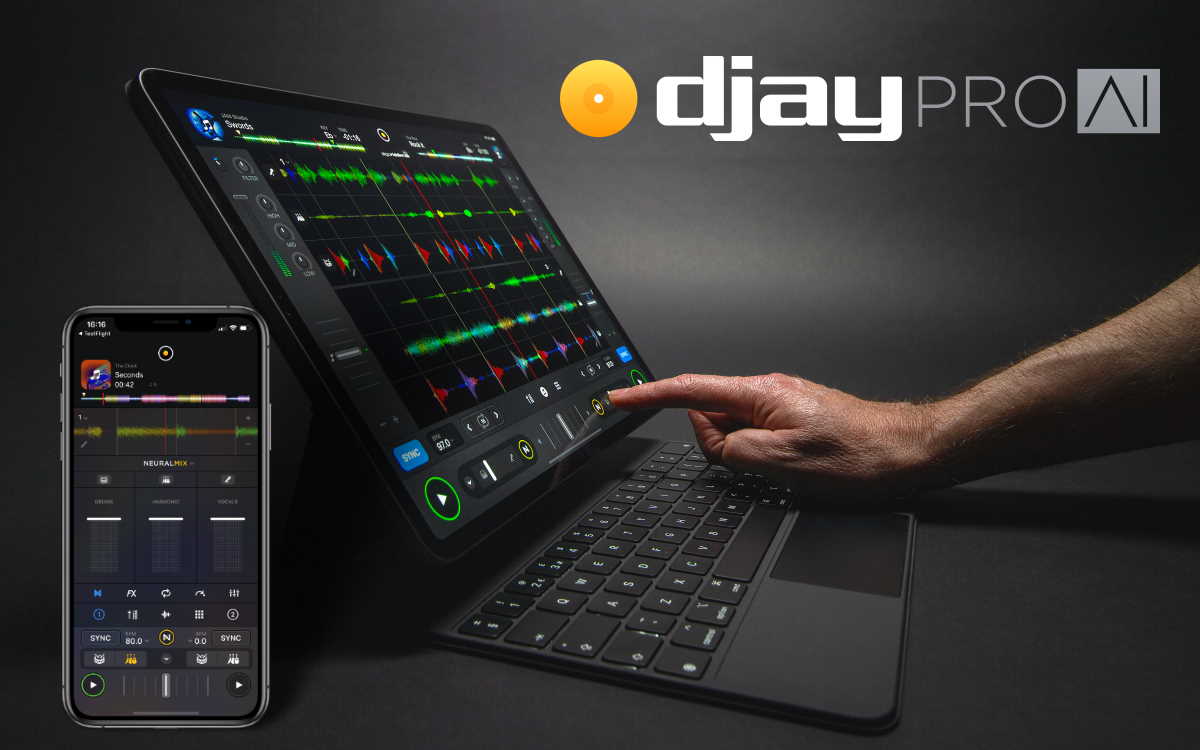 Welcome to the future! Algoriddim just released a brand version of their fantastic djay Pro app, called djay Pro AI, with AI standing for, you guessed it, artificial intelligence.

The main feature of this new version is that it allows you to, in real-time, split the audio signal into drums, vocals and melody. That is a big thing, and while the separation isn’t perfect, from what we could test until now, it’s pretty good. Certainly good enough to use it in a live DJ set.

What does this mean for djing?

A lot. Native Instruments tried to do this a few years ago with Stems, which are multichannel versions of tracks that can be played back in their software. This is similar, but not as perfect, because the separation is being done by the hardware, and there is some jitter and noise around the isolated elements, but that is only to get better as the tech and processing power of devices improves.

For now, this only works on IOS devices, and will only work on the most recent devices running the A12 processor and IOS 12 at least, such as the iPhone XS and up, and the iPad Pro models.

This presents an opportunity to layer and swap individual elements of a track, placing the vocals or rhythm from one track directly onto another, allowing DJs to blur genres and redefine their style.

On-screen, djay Pro AI provides intuitive sliders and controls, enabling users to seamlessly fade between percussive and harmonic components of a song, best suited for electronic music, or to create instant acapellas and instrumentals with the tap of a button, best suited for Hip-Hop related music.