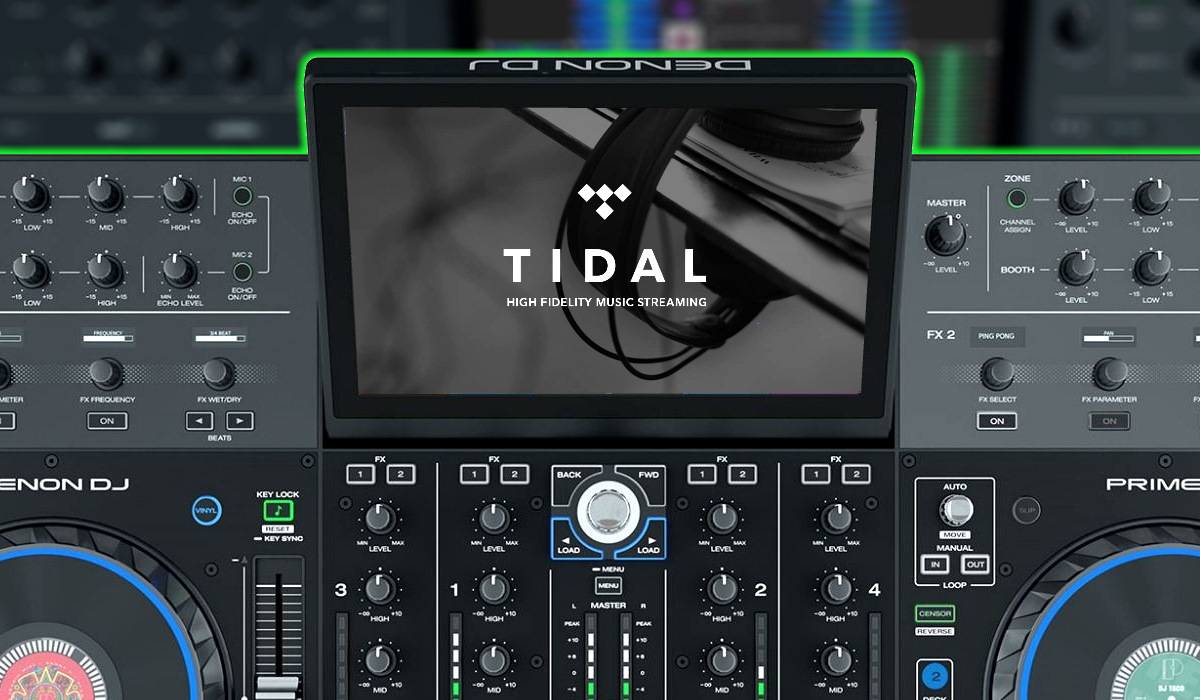 Denon DJ is enabling WIFI on the Prime 4 in the next firmware, v1.4. And with that, it becomes possible to stream high-resolution tracks directly from the TIDAL streaming service.

This is part of a larger plan announced by Denon DJ earlier this year, with Tidal being only the first integration that should include SoundCloud Go, Beatport Link, and BeatSource.

Tidal is the only streaming that offers tracks in high-resolution (it streams music in the form of 16bit, 44.1kHz FLAC files with a bitrate of 1411kbps) and a very decent library size of 60 million tracks.

The downside is the price: at USD 19.99, it’s not the cheapest of the bunch. It’s also the most “mainstream” of all the services announced earlier this year, as the other ones are much more geared towards DJ’s than Tidal is. Still, it’s a good way to get into it, and Denon DJ is offering 3 months of free Tidal streaming to Prime 4 owners that join the beta program.

After yesterday’s announcement from Pioneer DJ that the DDJ-400 is now compatible with djay Pro for Mac & PC and streaming through Spotify, it’s clear that streaming is here to stay and will become a more important part of the DJing experience in the future.

And with the advent of ultra-fast 5G, searching and downloading tracks from a streaming service should become indistinguishable from loading tracks from your USB flash drive, with the difference that you have millions of tracks at your fingertips at any given time.