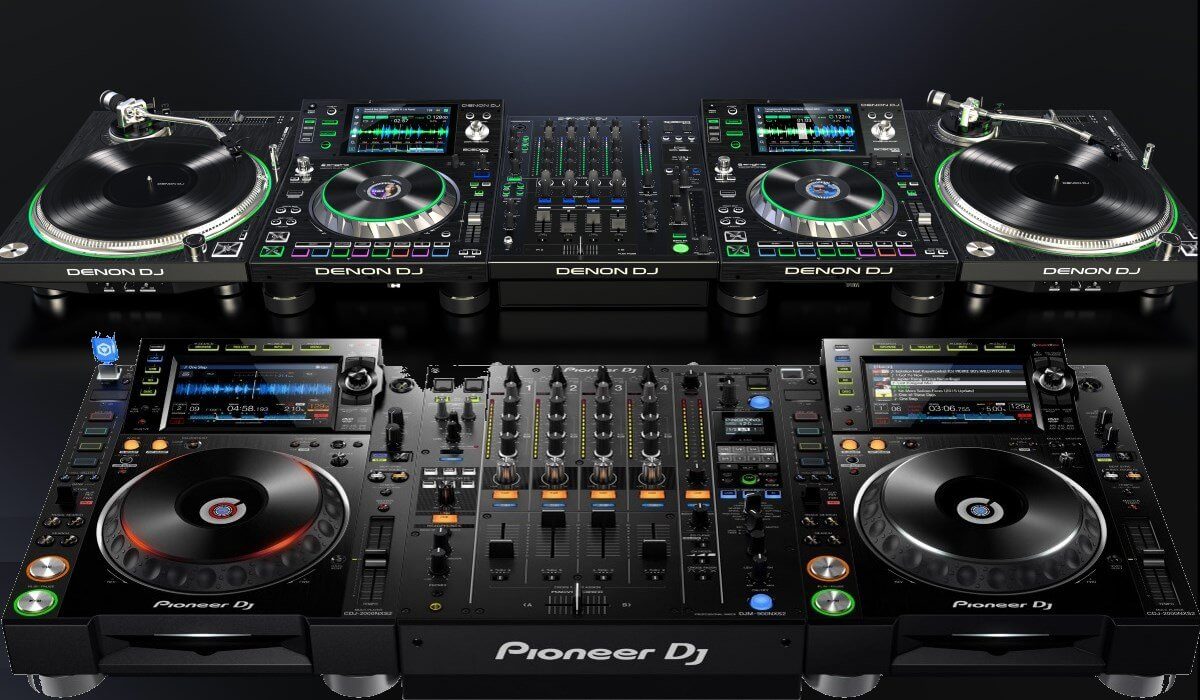 If you are a DjTechZone reader you know I have been following the developments around Denon DJ’s new Prime Series very closely. Now, almost mid-April, it’s time to do a status update on where we are.

Denon DJ’s big marketing campaign for the launch of the Prime Series centered around the #changeyourrider hashtag, and so far, we can definitely say they have managed to change to riders of a few big time DJs:

Those are the biggest names, but others have expressed their intention to switch through various social media as well. This is a good result considering the Prime Series gear is not even officially available yet (first shippings are expected around the end of May/beginning of June), and will certainly inspire other DJs to at least look into the new gear from Denon DJ. It’s significant as well that the DJs that changed are overall well established and respected DJs, not only for the music they put out but also for their DJ talent & skills. If these guys like the new gear from Denon DJ, chances are that DJs both more on the mainstream EDM side of things and underground DJs will find something they like as well.

Despite doing a good job of convincing big name DJ’s to switch to Denon DJ Prime Series gear, the social media presence and buzz around the new gear is less that spectacular. Yes, there is a Facebook group dedicated to the Prime Series, but on Youtube, the place to introduce new gear to the public on a large scale, there have been no new videos diving into the details of the Prime Series for the last… 2 months! So Denon DJ, maybe you are holding back for some reason, but it’s time to start the buzz machine! I want demos by the DJ’s that switched explaining in detail all the innovative features of the SC5000 and the X1800, gig reports…

So Denon DJ, maybe you are holding back for some reason, but it’s time to start the buzz machine! I want demos by the DJ’s that switched explaining in detail all the innovative features of the SC5000 and the X1800, gig reports, promo videos shot in clubs and on festivals… Denon DJ should be creating an image of success, and with all the DJs that already committed, there is certainly more than enough material already to do that!

It’s not only about signing superstar DJ’s, it’s about convincing thousands of industry people to consider Denon DJ for their next purchase.

But is the gear any good?

I had a chance to test out Prime Series setup on a few occasions. First at Namm 2017 and then more recently at Musikmesse. I hope to do a full in-depth review some day, but my first impressions using the players and testing out the mixer is pretty damned good.

Everything feels solid, the screen on the SC5000 is gorgeous and super easy to use, the buttons, knobs and performance pads all scream quality and even if the X1800 mixer is not as innovative as the players, it’s tightly integrated with them and overall the combination of player & mixer feel like a unified system, well thought out system.

Can Denon DJ still f*ck it up?

Oh yes. Being overconfident at this stage and thinking the war is already won would be a gigantic mistake. That, and the software.

Yes, I know the SC5000 can analyze tracks on the fly. That is a great feature, even a killer one. It will help transition DJs that occasionally run into a Denon DJ Prime setup and find out they can actually have fully analyzed tracks in seconds even if they never used Denon DJ Prime before.

But let’s be clear on one thing. Professional DJ’s that make thousands of $$ per gig don’t rely on a media player to prepare their music on the fly. They want an offline system to prepare their tracks, assign cue points, save loops, fine-tune beat grids, prepare playlists, color code tracks, and so on. If Engine Prime sucks, that’s it. Doesn’t matter how amazing the player and mixer are, pro DJs won’t abandon Pioneer DJ and Rekordbox for something that is not at least as good. Engine Prime is not yet available so no chance to test it yet, but it needs to better than Engine as it was shipped with the MCX8000.

Pioneer DJ is basically keeping their cool. They have a rock solid offering with the NXS2 system and while it doesn’t do many of the fancy things that the Prime Series from Denon DJ can do, it does everything a professional DJ needs to perform in 2017, and it is a solid, tested & proven value. The tight integration with Rekordbox (and Rekordbox DJ) ensure that DJ’s are locked into the Pioneer DJ ecosystem and once you are locked in, it’s hard to change without a lot of time and effort.

But should they just write off the switching DJs as “collateral damage” and ignore the hype around Denon DJ? For sure not. Even if Denon DJ is no Apple and the SC5000 is no iPhone, the stars could align and Pioneer DJ could find themselves with a bunch of outdated tech on their shelves that nobody wants.

So what to do? I expect that in the course of 2017 we will see at least a few teasers on what Pioneer DJ will bring out next. If the SC5000 proves that holding on to the CD player is a losing strategy, expect Pioneer DJ to slash the price of the CDJ-2000nxs2 considerably and offer it as an alternative for those that still can’t do without CDs. They can keep adding functionality to the players through firmware updates anyway. For their top of the line, I fully expect that the XDJ range will go fully pro.

For their top of the line, I expect that the XDJ range will go fully pro. Take the power of the Rekordbox system and push it to the next level with Rekordbox analysis and track manipulation build straight into the players, a glorious multitouch hi-res screen that can handle video as well, performance pads build into the player or a next-gen version of the DDJ-SP1 that controls all the functions of Rekordbox DJ… There is so much they can do to blow Denon DJ out of the water and secure the leading position for the next decade, but they need to do it soon and don’t wait until it is too late.

Today, an NXS2 setup (two Pioneer DJ CDJ-2000NXS2’s and one DJM-900NXS2 mixer) costs around USD 7.000. A comparable setup from Denon DJ (two Denon DJ SC5000 and one X1800 mixer) will cost around USD 6.000. It’s important to note that the SC5000 has a dual player feature, with separate audio outputs for each audio layer, so the Denon DJ setup can act as a virtual 4 player setup. Which is not possible with the Pioneer DJ, there you need 4 physical players.

Does the USD 1.000 make a difference? To be honest, in the total cost of equipping a venue with sound & light it’s a marginal amount. It’s a different story though if you run smaller club and/or are replacing your aging setup. Denon DJ’s USP (unique selling proposition) is the latest tech at a lower price, and that is essentially what I would call a very strong USP. If you can then counter the “but nobody is using it” argument with a shiny list of top DJs, you have a clear path to success.

Wait, what about the TOUR1 series?

The Pioneer DJ TOUR1 series are the real top of the line model from Pioneer DJ, and they are brutal. The mixer and player are oversized, pack each one a 13-inch touchscreen which makes playing on this gear like playing on Rekordbox DJ with a laptop, minus the laptop.

They also cost twice as much as the regular NXS2 gear, making them only affordable for the biggest festival organizers and clubs. Also, and that is my feeling, the bulky 13-inch screens feel more like an engineer’s wet dream than something that DJ’s actually want.

I couldn’t find the video but I remember seeing Roger Sanchez perform on them…with the screens folded down. So much for the extra 2K per player…

First round in this battle goes definitely to Denon DJ. Great hardware and a string of top DJs that switched their rider. Pioneer DJ is left licking their wounds, but unless they have no game plan at all, they will come back strong in the second round with a product that pushes the standards even further and convinces current pro DJs that use Pioneer DJ gear to stay put. If they don’t counter Denon DJ’s offer and just go about their regular product cycle (a new upgrade of their flagship system every 4 or so years) they still might come out on top, but my gut feeling tells me that this time, Denon DJ is gaining enough momentum to actually do some damage.

If they don’t counter Denon DJ’s offer and just go about their regular product cycle (a new upgrade of their flagship system every 4 or so years) they still might come out on top, but my gut feeling tells me that this time, Denon DJ is gaining enough momentum to actually do some damage.