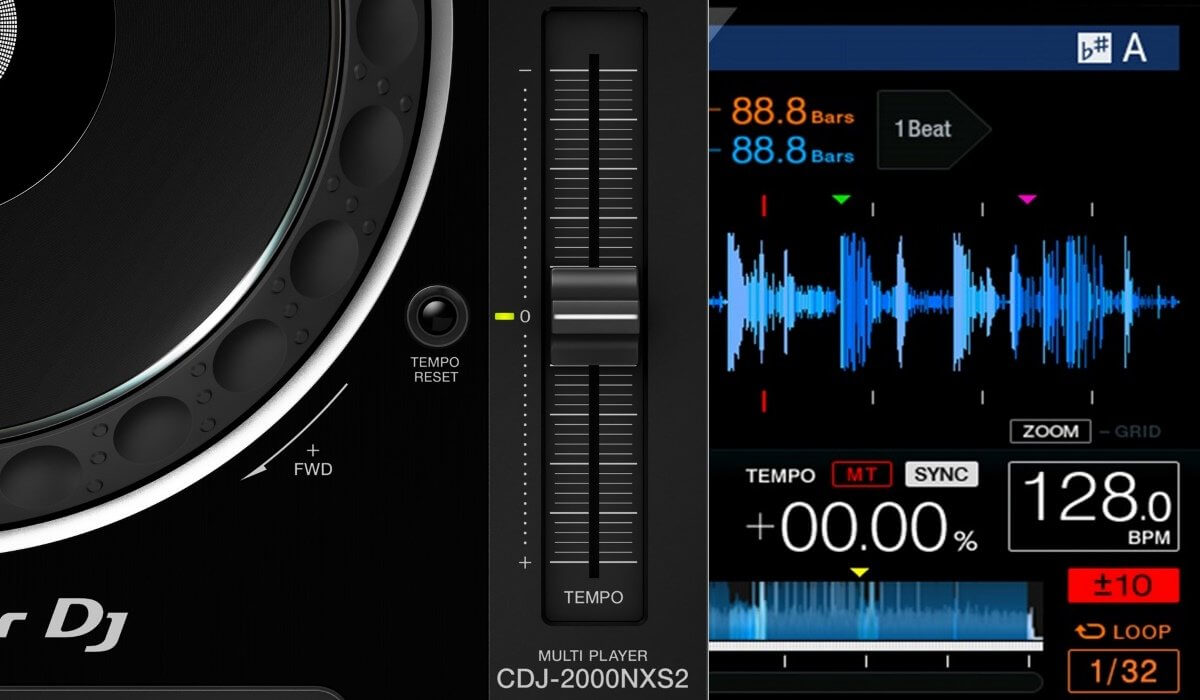 In the early days of DJing, beatmatching was an essential skill for any DJ. There were no sync buttons, waveforms, bpm counters and phase meters to rely on, and without knowing how to beat match by ear it was simply impossible to mix, period.

In 2017, you could not have the slightest idea on how to beat match and still play a perfectly mixed set.

Does that make beatmatching an obsolete skill? Asking this question is a bit like asking if it is still necessary to know how to drive a car in a world of self-driving cars. You might get away with it, but do you not prefer to know what to do when the electronics fail and you need to take over manually?

Why is beatmatching still important? Simply put, it connects you with your music and trains your brain to hear the differences in speed between tracks. First, you will detect that two tracks are not the same speed, then you will know that one is slower or faster than the other, and lastly, you will actually be able to predict the BPM (beats per minute) each track is playing at. In other words, you will have a sync button…in your head.

What is beatmatching really

Let’s take the definition from Wikipedia on beatmatching:

Beatmatching or pitch cue is a disc jockey technique of pitch shifting or time stretching an upcoming track to match its tempo to that of the currently playing track, and to adjust them such that the beats (and, usually, the bars) are synchronised — i.e., the kicks and snares in two house records hit at the same time when both records are played simultaneously. Beatmatching is a component of mixing which employs beatmatching combined with equalization, attention to phrasing and track selection in an attempt to make a single mix that flows together and has a good structure.

The technique was developed to keep the people from leaving the dancefloor at the end of the song. These days it is considered basic by DJs in electronic dance music genres, and it is standard practice in clubs to keep the constant beat through the night, even if DJs change in the middle.

Beatmatching is no longer considered a novelty, and new digital software has made the technique much easier to master. (Source: Wikipedia)

So there you have it, that’s a pretty good definition of what beatmatching is. Note it doesn’t say you need to do it by ear, or that you can’t use software to help you…

So, the sync button is a good and valid shortcut to manual beatmatching, right?

Well yes, if you play certain genres and you are not too demanding on the finer details of your mix. But as you get more experienced and play more, you will encounter more and more situations in which using sync will just sound off, and if you are playing to an audience, they will instinctively feel it too.

But how do you learn to beat match? Before we dive into the practicals, let’s debunk a few persistent myths first.

Myth 1: the only proper way to learn to beat match is on a vinyl setup

In order to learn how to beat match, you don’t need to use vinyl and turntables. It’s for sure the most “manual” way to learn it. Without the help of modern tools such as sync buttons and waveforms, you are sure of learning to trust fully in your ears only.

But it’s also perfectly possible to learn how to beat match on a cheap $150 controller using Virtual DJ and an old laptop. And you can even learn to beat match even if you “cheat” by keeping an eye on the bpm indicator and use visual cues such as waveforms and phase meters. As long as you don’t make yourself 100 dependent on them.

Syncing is to let the software align the tempo of the track for you.

It’s a quick way to get something done and it frees up time for something else, such as managing your EQs and gain levels or select your next track. Used wisely, sync can be a real timesaver, especially when you mix more than 2 tracks at once.

But you should avoid using sync if you don’t know how to beat match because using sync inevitably will go wrong at one point, and then you will need your manual beatmatching skills to fix any issue in the mix. A machine can make a good guess, but the perfect mix very often needs a nudge or two.

Myth 3: beatmatching means you are not allowed to use help in any way, or it’s not beatmatching

This is the worst myth and I want to be crystal clear here:

The point is unless you absolutely want to be able to beat match two records without the aid of any visual cues, it’s OK to use the features that come with modern technology to help you.
In 2017, virtually all software/hardware available to DJs have some sort of visual aid. It’s not a crime to use it.

And I will explain why below.

Cueing is critical. It means that you line up the track you want to bring into the mix at the right spot. Here we need to get a bit into music theory.

A track consists of a few basic “building blocks”:

A typical track, be it house, r&b or hip-hop, or something else, is constructed of beats that are grouped in bars. Each bar has four beats.

Bars are grouped into phrases. Depending on the genre, phrases can consist of 4 or 8 bars, but the important thing is that typically, something happens to the song at the end of a phrase, think of a house track where the hi-hat comes into the track. That’s the beginning of a phrase.

In order to properly cue up a track you want to mix with a playing track, you need to do it at the right moment, being at the beginning of a phrase, bar, and first beat. Anything else will feel unnatural, to yourself and to your audience.

And this is something DJ software simply cannot get right most of the time, no matter how smart it gets. Even it the software gets it right mathematically, it cannot account for clashing vocals, clashing hi-hats or unmatching melodic elements. This needs human intervention and talent.

This is why knowing your ways around the EQ section is important. Being able to take out the lows, or highs when bringing a track into the mix ensures that the combination of both tracks remains at a decent sound level and those conflictive elements, such as clashing hi-hats, bass drums or vocals are canceled out while making the switch. That knob twitching you see in many videos on Youtube actually does have a purpose.

When you don’t have any visual aids, pitch riding is probably the best technique to find out what the bpm of the new track is, and the technique consists of adjusting the pitch of the new track around the “0” position of the pitch fader of the playing track until both tracks match.

When you have visual aids, it serves to fine tune the best match between two tracks. Use your bpm counter to align the speed of both tracks. But, instead of stopping there, cue up the track you want to add to the mix, launch the track in your headphones at the right moment and listen to the two tracks together. Do they sound in sync? If not, use the pitch fader to make small adjustments and get it perfect. Once you are happy, mix the new track in.

Beatmatching as a technique has evolved. DJs have more tools at their disposal than ever before, which means they can create better mixes, with more attention to song selection, good EQing, proper gain management, and above all, smart ways of blending tracks that create excitement and enthusiasm with the crowd dancing to the music.

Sync and other tools are good when used together with the key tools every DJ needs to develop: their ears. Djs must “feel” the track and it’s structure, and just know what the perfect moment is to mix. No software, at least today, can truly emulate that.

I hope this article gives you a more nuanced view on beatmatching as a concept, and what it really means to learn it in 2016. Don’t get fooled by DJs that insist that using visual aids is cheating. But don’t get fooled by software either when it comes to creating the perfect blend, as the only one that has the talent to do that perfectly is you, the DJ!

Do you agree with my viewpoints on visual and other aids when it comes to beatmatching & mixing? Do you beat match strictly by ear or do you use visual cues? Comment below!

Why DJs Use Headphones When Mixing Explained