DjTechZone Is Your Daily Dose Of DJ Gear News And Reviews
Home DJ News Is There A Future For DJ Controllers And Digital DJing?
Facebook
Twitter
Linkedin

15 years ago digital djing was the hot new thing in town. Together with the rise of mp3’s that started around 2001 with the release of the very first iPod and iTunes, DJ controllers conquered the mainstream and suddenly you could buy one right off the shelf at your favorite retailer.

Today, it seems that the dust has settled down and while DJ gear manufacturers are still bringing out new controllers, the novelty factor and buzz are a thing of the past.

DJ controllers, soon a thing of the past?

Back in the first decade of the new century, we saw the rise of innovative midi controllers aimed at DJ’s specifically.

Native Instruments came out with their Traktor Kontrol line of DJ controllers, with the Traktor Kontrol S4 being considered as the reference for digital DJing: robust, compact, designed specifically for Traktor Pro and equipped with a 4 channel hardware mixer supporting DVS and connection of other audio sources.

A company called Novation brought the Novation Twitch to the market, a midi controller for DJ’s lacking jog wheels and with touch strips. The design was different and bold, and attracted the attention of DJ’s that wanted more than just to mix tracks together: live remixing and producing came within reach.

Around the same time, Stanton released the SCS.4DJ, the first (to my knowledge) independent DJ controller that had a built-in screen and accepted USB drives. It looked plasticky and it wasn’t very fast at analyzing tracks, but keep in mind we are talking 2011 here.

In my opinion, every single DJ controller to have come out since has copied one of these original concepts, and frankly hardly without improving much on it.

Maybe the banalization of digital music distribution is a bit to blame here.

When digital music formats started to emerge at the start of the century, the idea of being able to use the computer for djing was innovative. Software manufacturers came up with programs that could mix digital tracks, add effects and maintain music libraries. Hardware manufacturers saw a whole new consumer segment of teenage kids that until then had to spend thousands of dollars to buy DJ gear, and could now start rocking out with a cheap midi controller and a laptop.

Today, people “own” less and less music than ever before, as streaming music takes over quickly. Combined with the rise of mixing apps for the different mobile platforms, it means that today it’s possible to have a software application DJ for you from the cloud, without interruption for hours, and even days.

Combine that with the fact more and more young people (after all, the target demographic for these hardware manufacturers) ditch the laptop in favor of tablets and smartphones, and the concept of a midi device controlled by a computer is just becoming an antique concept, fast.

How good are these apps at mixing? Let me give you an example: I was driving with a friend and there was a mix playing through the car’s stereo. I didn’t think much of it, not great mixing but passable, with a few good transitions. I asked who’s set it was and he told me it was a mixing app.

I Don’t even remember which one, but the point is it was passable, and I’m a DJ, I can distinguish between a good mix and a bad mix, most of the time…

Until now, I could distinguish between a machine, algorithm-driven mix and a human one, but that era seems to be over.

My prediction is that soon, and that is in a few years, only DJ’s that have something special to offer will survive and get gigs. Birthday parties, weddings, small (and maybe even bigger) clubs, events: here artificial intelligence algorithms packaged into cool apps will take over, and while a mobile DJ still may be needed as some sort of operator (somebody has to set up the sound & light system), his function as an actual DJ will more and more become a thing of the past.

Birthday parties, weddings, small (and maybe even bigger) clubs, events: here artificial intelligence algorithms packaged into cool apps will take over, and while a mobile DJ still may be needed as some sort of operator (somebody has to set up the sound & light system), his function as an actual DJ will more and more become a thing of the past.

But what about music selection? That has to be done by humans, right? How could machines “read” the dancefloor?

Sorry to burst your bubble, but a machine can probably read a dancefloor better than a human can.

It doesn’t take science fiction to imagine some sort of artificial intelligence DJ computer that has all the sensors and cameras necessary to measure all the above and use it as input for track selection. Additionally, the amount of data on musical preferences is already gigantic ( imagine how much Spotify must know on musical preferences and tastes) and will only grow.

Finally, an artificial intelligence-driven DJ computer can probably be configured to accept requests through various ways while being intelligent enough to include them in the set only if they really fit the mood of the evening.

Which DJ’s will survive?

For sure, the new breed of superstar DJ/producers will not be affected. This because their DJing comes in second, people go to their concerts to see them and hear their tracks, not so much to dance to their mixes.

But there is another type of DJ that will survive and maybe even become the norm: the DJ that dares to be different and sets up a show that only he/she can deliver. Think crazy and impossible beat juggling and scratching performances, live remixing, and creating tracks on the spot with pieces & bits of sounds.  In other words, DJ’s that are more performers than anything else, and that create their own, particular sound and vibe.

But wait… Isn’t that something that any DJ is supposed to do? Be a performer, bring something unique? I guess the answer is yes, and as long as you pour all your passion, emotion and knowledge into your sets, even if you are just mixing tracks together, you will probably still get gigs.

Because it will take a long time before artificial intelligence hits that sweet spot when the EQ’s are set precisely as they should be and the right amount of effect is applied before the drop, just before the beat drops and the audience explodes. Re-creating that moment through algorithms is much like achieving fully, 100% believable computer-animated human characters.

So what are your thoughts? Do you think DJ controllers and digital DJing is on is declining? Comment below! 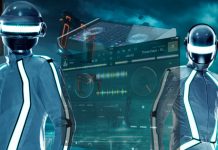 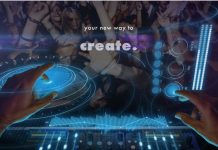 Is This The Future Of Djing, Amongst Many Other Things?