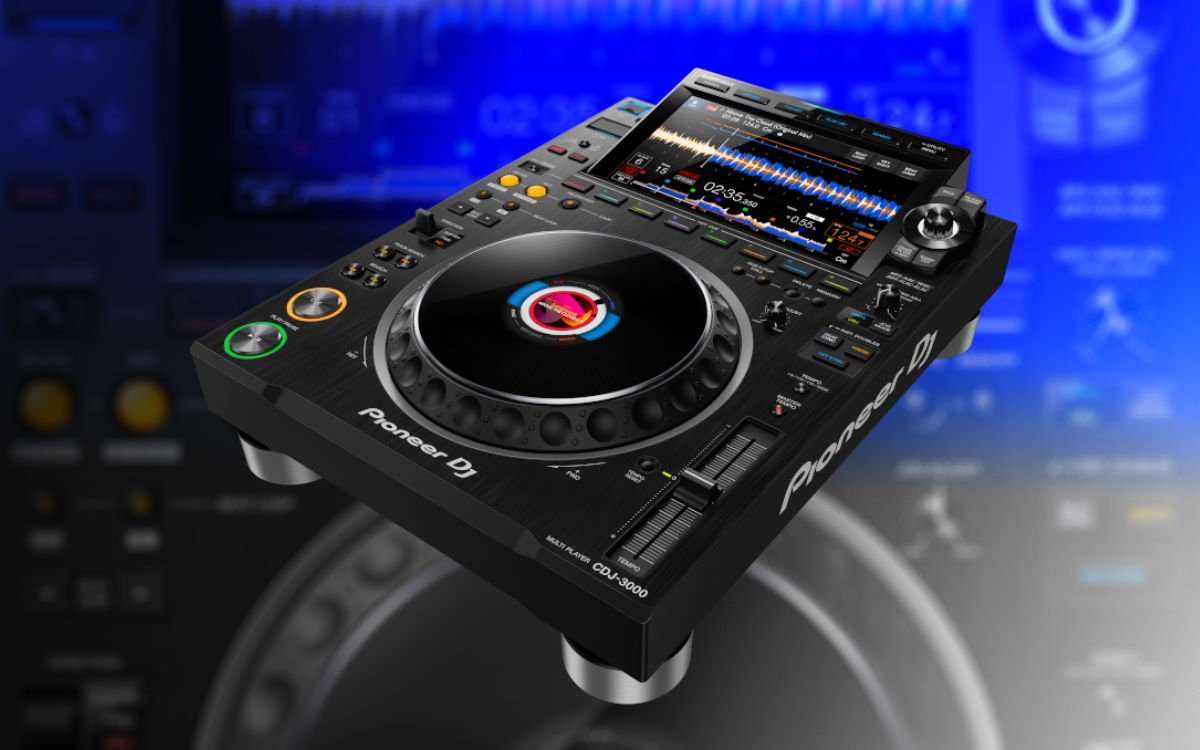 So yes the moment we all have been waiting for has finally arrived. Pioneer DJ has unveiled its brand new flagship CDJ media player, the Pioneer DJ CDJ-3000. And although it’s a CDJ, there is no CD player. Which makes total and absolute sense in 2020. If you want a CDJ with a CD player, buy the last generation. This is the future. Or at least, the present.

A while ago, I did a mockup of what this deck could look like, and I’m happy to see that I wasn’t that removed from reality, except for those cue buttons. More on that later.

The CDJ-3000 has a lot of features it’s predecessor was missing, especially considering the advancement in tech and the moves made by Denon DJ.

But here they are finally for the world to see. Now, we only need to get rid of a certain nasty virus so Dj’s can actually use them in clubs and festivals.

The big badass screen. Sure it’s not a multi touch screen, so you can’t pitch waveforms, but apart from that, it’s large, colorful, and stacked with features. A large screen is so much easier to work with and delivers an almost “laptop-like” experience.

The lack of a CD slot. Yes, yes I get it many DJs still use CDs. But it really doesn’t make sense to create a media player with a CD slot in it in 2020, does it? Why integrate mechanical parts that are becoming more and more expensive than most DJs don’t even use? So I totally get the move by Pioneer DJ to leave them out. Calling this the XDJ-3000 would have been more logical, but I guess that giving up the legendary CDJ brand name would have been marketing suicide…

I love the fact that the cue buttons are now ordered horizontally, but why right below the screen? They look a bit cramped there.

On the other hand, maybe it just takes a little bit of getting used to. And being close to the screen means that you can really “match up” the buttons with the cue points shown on the screen. I will have more to say on that when I get my review units!

It’s also not clear to me what other functions these cue buttons can have. I would have preferred for Pioneer DJ to include full blow performance pads here, but I guess the logic is that if you need Rekordbox performance features, get a DDJ-XP2.

I will do a full review of this unit in the near future, but my first impressions are positive. Yes, it’s much more expensive than a comparable Denon DJ deck, but Pioneer DJ is asking this price because they know pro Djs will buy them. And in all fairness to them, Rekordbox is still superior to Engine Prime, and that’s a big part of the story.

Pioneer DJ is the Apple of the DJ industry, while Denon DJ is more like Samsung or OnePlus. Pioneer DJ innovates slowly but surely and manages to maintain an industry-leading position.

Denon DJ goes all out on features while still keeping the price low and therefore, shows the way forward technologically. And who wins? The consumer having more choice than ever before.