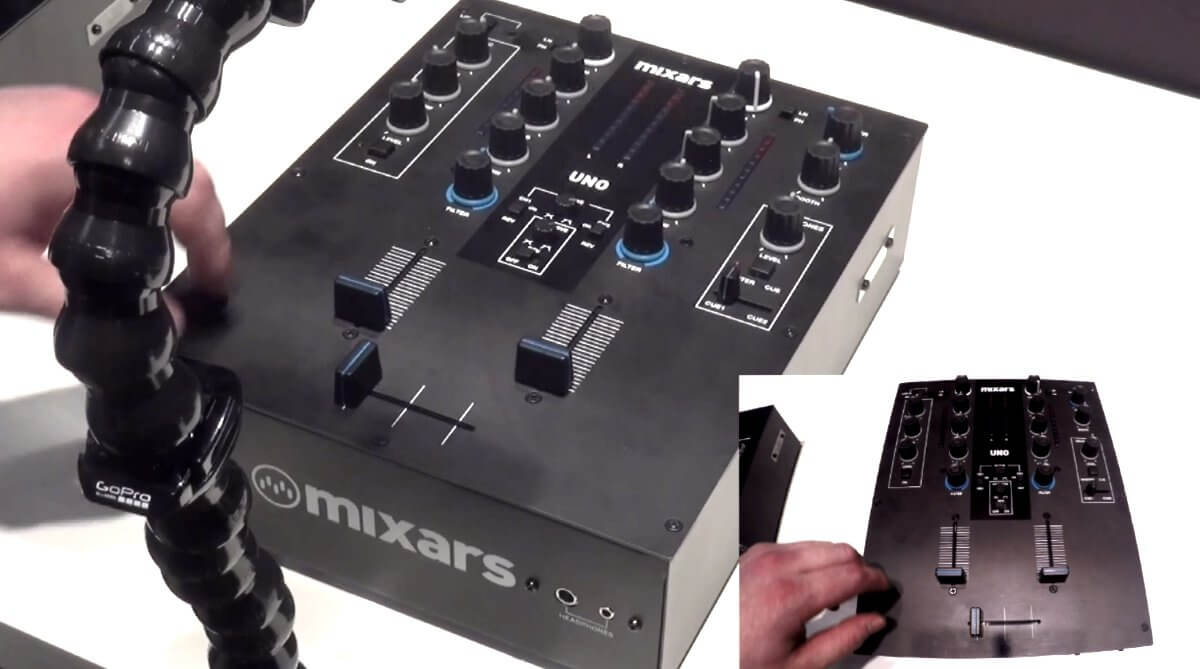 Besides the other cool new goodies such as Mixars’ first DJ controller (Mixars Primo) and the fantastic looking new mixer Quattro, Mixars has also unveiled the Mixars Uno, a 2 channel battle mixer.

This is a nice little battle mixer. Besides the extensive ins & outs on the backplate (there is an XLR out, RCA out, RCA booth out and RCA record out, phono and line in for both channels, and an RCA and MIC input) there is also a mini-jack input on the front which is handy to have for those DJ’s that like to use a phone or iPod as a backup music source..

No word on the price yet, but I guess it will be more than reasonable considering the feature set. Oh yes, it’s not mentioned in the video, but the crossfader is the new Galileo Kallisto crossfader and it should hold up well against the traditional InnoFADER faders usually fitted in this type of mixer.

Namm 2017: Final Wrap Up And Thoughts