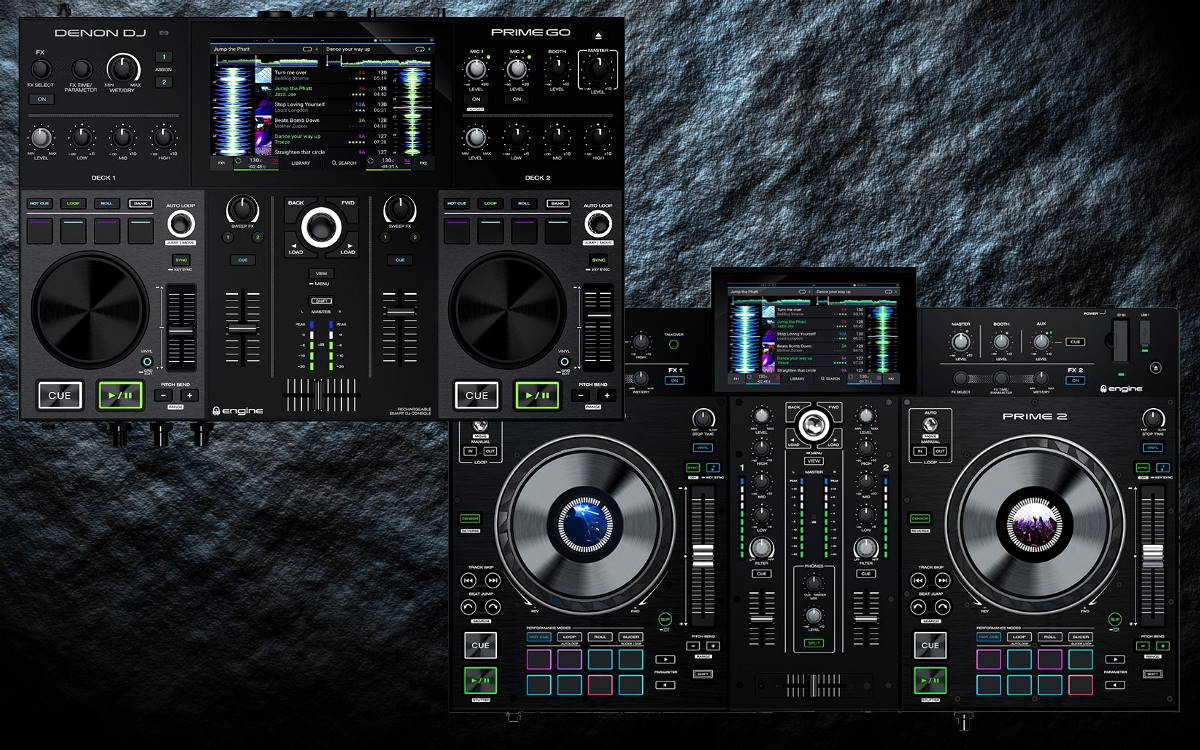 The Prime 2 is the smaller brother to the Prime 4. It has 2 channels instead of 4 and a 7-inch touchscreen instead of a 10-inch one. All that being said, it has many of the remaining Prime 4 features and all that in a compact body.

The player comes with a built-in 2.5-inch SATA drive bay for storing large music collections onboard. There is also build-in WIFI and wired internet connectivity to stream from Tidal, Beatport, Beatsource, and Soundcloud. The jogs have built-in LCD color displays that can show track art and other information, such as the size of the enabled loop. Each deck has 8 performance pads per deck, FX controls, and a high-res pitch fader. The Prime 2 has pro-grade inputs & outputs on the back, with XLR and Booth master outputs besides an RCA output.

With the Prime 2, Denon DJ is working its way down the market ladder, covering all the bases. The Prime 2 will obviously be seen as the competitor of the Pioneer DJ XDJ-RX2. At USD 1399 the Prime 2 is cheaper than the XDJ-RX2, which costs USD 1649. A full comparison of the two will be the subject of a later post, but let’s just say that Pioneer DJ is certainly feeling the Denon DJ heat!

The Denon DJ Prime GO is a fascinating new piece of gear. It has the same 7-inch screen as the Prime 2 but within a much smaller body. The jog wheels are small and quite basic, but make perfect sense when considering the full package. The Prime GO also has a built-in battery that can last up to 4 hours, which is perfect if you want to use it during travel times.

On the back, the Prime GO has professional inputs & outputs, with XLR booth and TRS master outs and 2 XLR mic inputs.

It doesn’t come really cheap at USD 999, which makes it clear this is no unit for beginners. It rather aims to reach mobile DJ’s that need a compact but extremely well-equipped DJ system that can be easily transported and that doesn’t need a computer to work.  Pretty impressive!