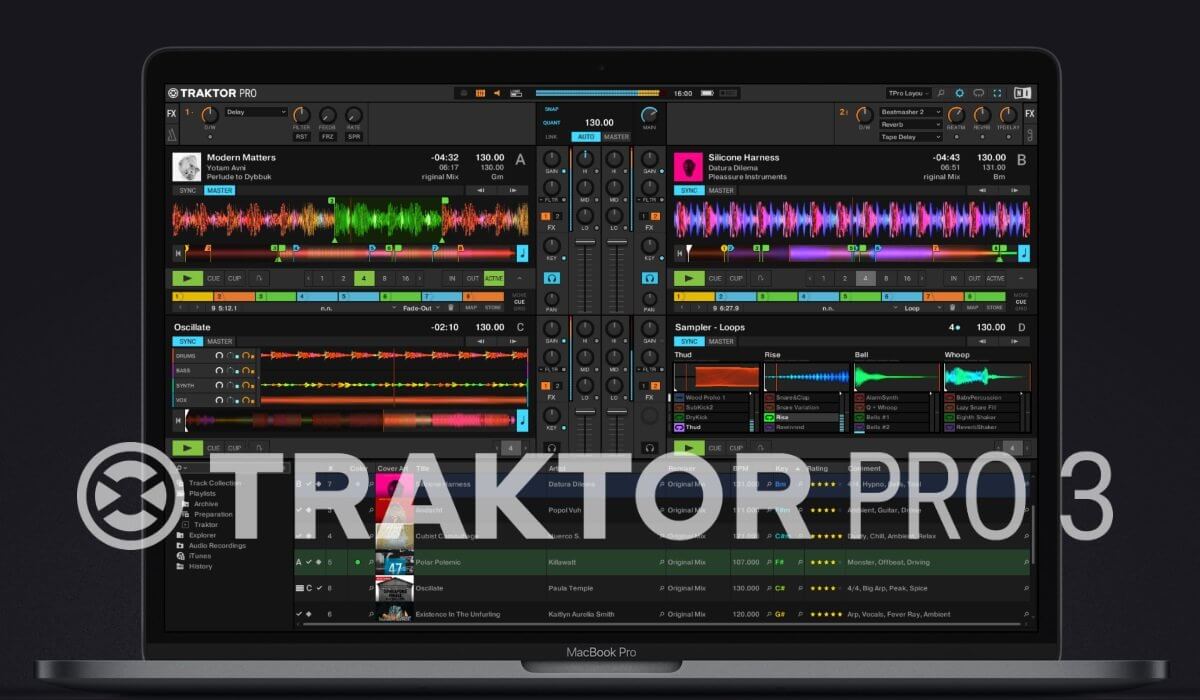 While it still looks very much like the old version, when you put them side to side, the changes become much more obvious. And while I cannot say it’s a massive improvement, it does look cleaner, fresher, and more modern than before.

If you are expecting a Serato/Rekordbox DJ clone, you will be disappointed: Traktor Pro is not going the parallel waveforms route. And that is a good thing in my view.

Feature-wise, Native Instruments is keeping things under wraps until September 25th, so we still could get many surprises. Here is what Native’s press department has to say about Traktor Pro 3:

TRAKTOR PRO 3, the full version of which is included with both new hardware releases, is the most stable version of the software yet and uses the new Elastique 3 time-stretching engine for noticeable audio improvements. The user interface has been redesigned with a sharper and flatter look for better readability in club environments, while the intuitive workflow, to which many performers have become accustomed, remains intact.

Several brand-new features have also been added: TRAKTOR PRO 3 now includes Mixer FX – one-knob effect and filter controls that can be assigned to each channel independently and used for big buildups and transitions. And DJs using an external mixer can now route unprocessed audio directly from TRAKTOR, thanks to a new mode that bypasses the software’s internal mixer. A full feature set will be announced on September 25.

Native will charge USD 45 for upgrades, and that is remarkable. Depending on the feature set (that hasn’t been released yet), this could be justified or not.

There is not much to talk about until September 25th, but one key feature is the Mixer FX module. This is basically a separated FX module from the individual fx deck modules, to which you can assign 4 individual effects. These can then be called directly from the mixer and manipulated, per channel, with one single knob.

That’s pretty cool, and it does bring added flexibility to using effects with Traktor Pro.

Check back on September 25th for an update on the features of Traktor Pro 3!

Traktor Pro 3 will be released on October 18th and will cost USD 45 (upgrade) USD 99 (full version).