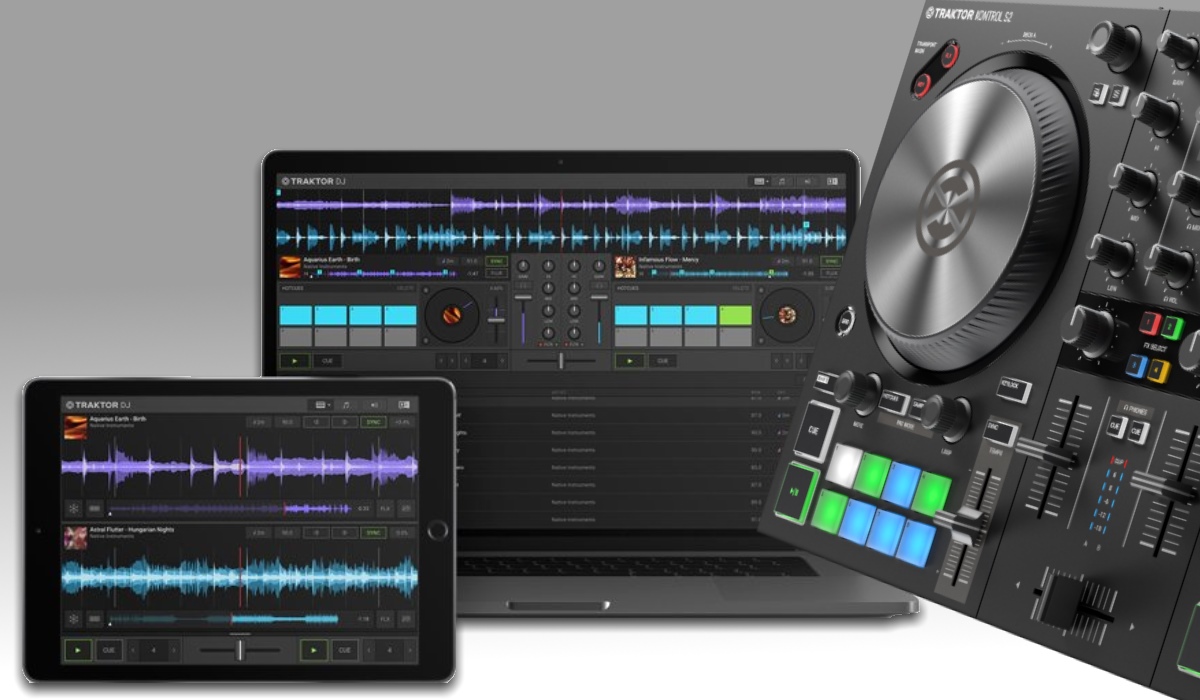 But on the other hand, it has a fresh look & feel that supports Retina screens, and you can stream tracks using the SoundCloud Go streaming service. More importantly, Native Instruments clearly states that Traktor DJ 2 will further evolve and grow.

It’s a public secret that Native Instruments has had a hard time refreshing Traktor Pro 3 over the years as the code base is harder and harder to maintain as time goes by. This is totally normal as software tends to bloat over the years as features are added and developers come and go.

Traktor DJ 2 is a chance for Native Instruments to start from scratch and build a fresh and clean solution that can be expanded int the direction they want.

May 28, 2019, Berlin – Native Instruments today releases TRAKTOR DJ 2, a new, free DJ app for desktop and iPad. The app is designed to break the barriers to DJing – with greater accessibility, an easy-to-use interface, SoundCloud Go+ integration, and simple plug-and-play integration with TRAKTOR hardware.

TRAKTOR DJ 2 is released as a free app, meaning more people than ever can now get into DJing with pro-quality software.

SoundCloud is the world’s largest open audio platform, with over 200 million tracks by more than 20 million creators across the world. SoundCloud Go+ integration lets users mix tracks streamed directly from the music platform, enabling access to an ever-growing track collection, and tapping into the cutting-edge of mainstream and underground music.

The release of TRAKTOR DJ 2 coincides with the launch of a series of artist-curated playlists exclusive to Native Instruments’ SoundCloud profile. Users can add these to their collections and DJ with them in-app to practice their mixing skills, discover new genres, and to learn new techniques.

TRAKTOR KONTROL S2, combined with the iPad app, allows users to play without mains power, with the same physical control provided by a full DJ booth in a take-anywhere setup. The app also fully integrates with the TRAKTOR AUDIO 2 and KONTROL Z1.

During the first month after launch, users can suggest changes and request features via an open forum on the NI website. This feedback will be used by the TRAKTOR team to steer future updates and to create an app built in collaboration with its users.

Pricing and availability
TRAKTOR DJ 2 is now available for free via the App Store (iPad version), and the Native Instruments website.

Available for free now, for iPad on the App Store an for Windows and Mac on the Native Instruments website.