DjTechZone Is Your Daily Dose Of DJ Gear News And Reviews
Home DJ News Pioneer DJ, Give Us The XDJ-2000, Now! 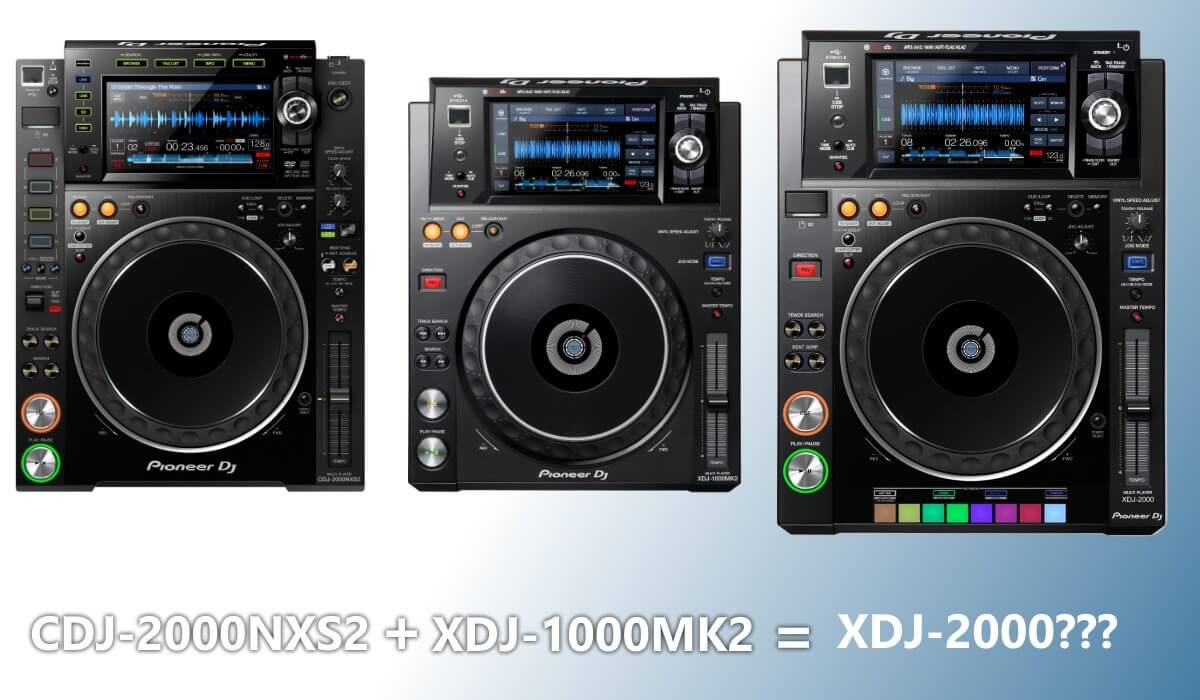 It has been over half a year since Denon DJ launched their new Prime series, and by now we expected Pioneer DJ to come back in furious anger and drop the mother of all media players to silence the competition, and its critics, once and for all.

But nothing has happened.

Now September is upon us, and there are plenty of rumors around concerning new Pioneer DJ gear shiny. We already discussed the as good as confirmed release of the XDJ-RX MK2 a few days ago, and today I want to make a strong case for the upcoming XDJ-2000.

Wait, is that a fact?

Nope, not at all. I’m just making this up really but based on a series of points that, when put all together, makes the release of this player almost a certainty.

It’s inevitable that Pioneer needs to, at some point, come up with an answer. But I don’t think they will position their future top CDJ player against the SC5000. After all, the SC5000 doesn’t have a CD player and Pioneer DJ is a traditional Japanese company that doesn’t want to shock and awe with radical changes.

So the next top model, costing around 2.5K will be a fully loaded CDJ with a better screen, better processor, better sound than the current CDJ-2000NXS2, and Pioneer DJ will market it above the SC5000 from Denon DJ. It’s a clever way to remain superior, or at least keep the illusion of superiority through pricing…

But there is room in the 2K price range for another sub top model. Here is where the XDJ-2000 comes in, as a direct answer to the SC5000.

It obviously ditches the CD slot, as all XDJ models do. Don’t expect multi-core processing power and onboard track analysis like the SC5000. Pioneer DJ is going to add some premium features to the current XDJ-1000MK2 model, but nothing too radical. Expect to see:

The last version might be pushing it a bit because that would probably bring it too close to the CDJ top model, and it would make it more expensive. But hey, we can dream!

The DJM-750MK2 needs a player to pair up with

Imagine if Pioneer DJ can price the XDJ-2000 slightly below the SC5000 (to make up for the missing features such as multi-core support and the dual layer feature), say at USD 1.600. That would put the total cost of two XDJ-2000 and 1 DJM-750MK2 at around 4.5K, which is a very sharp price indeed. And don’t they look perfect together?

The CDJ-2000NXS2 workflow is sacred

The reason Pioneer DJ is not going to abandon the overall design of the CDJ-2000NXS2 and, for example, replace the hot cue buttons with performance pads on the bottom of the player is that the workflow is used, supported and expected by thousands of professional DJ’s worldwide.

Not everybody is willing to try new things like Laidback Luke, or Tiësto. Most DJ’s want their CDJ’s to change as little as possible over time so they don’t have to adapt too much. So Pioneer DJ is not going to risk alienating their bread and butter.

Count on them to market every small change on the next CDJ as the next big thing, much like Apple hypes up new iPhone color like if it’s the second coming of Christ.

So, considering this, all the innovation will have to be done on a top of the line XDJ player, that will, slowly but surely, take over the duties of top player, but over a period of several years.

Or nothing is going to happen. We will have to wait and see!

So what do you think, do I have it completely wrong or does my reasoning make sense? Would you buy an XDJ-2000 if Pioneer actually made one? Comment below!