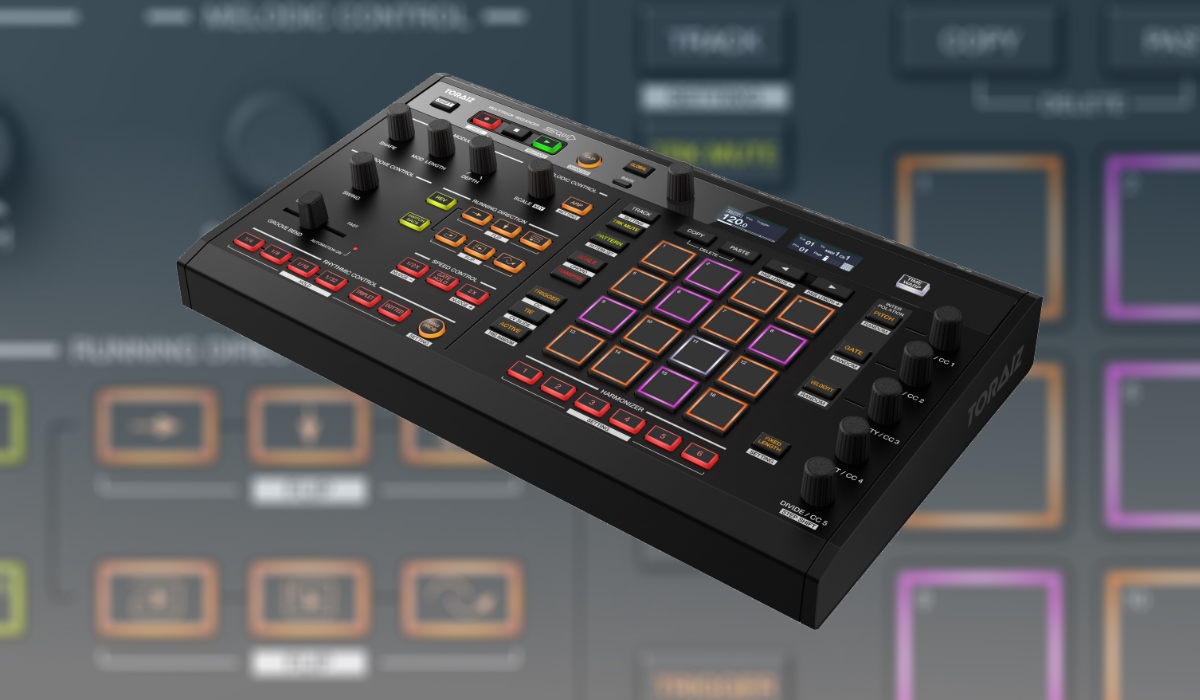 After the release of the Pioneer DJ DDJ-800 last week, Pioneer DJ now launches SQUID, a brand new sequencer in the TORAIZ range of production gear. The SQUID can control up to 16 instruments and is intended to be at the heart of your production setup.

The SQUID (SeQUencer Inspirational Device in full, you can tell when the marketing dept had a lot of fun trying to come up with a name) has 16 velocity sensitive performance pads that you can use to trigger sounds and create patterns using the different modes the pads can be set in. One of the modes is the Harmonizer mode, that helps you to create chords, or the Scale mode, that allows you to play scales with the 16 pads and since these pads are velocity sensitive, you can bring all the nuance you want to your performance.

The SQUID is the third product in the TORAIZ range, next to the Toraiz SP-16 and the Toraiz AS-1. Together with the DJS-1000, it’s the continuous effort from Pioneer DJ to branch out from DJ gear into the production realm.

Have fun creating phrases by tapping the 16 multicolored LED rubber pads. Set step parameters and play in real time as if the pads were keys on a keyboard, combining various sequence functions such as Interpolation and Harmonizer to help build your sounds.

Use Running Direction, Speed Modulation, and Groove Bend to further rearrange phrases you’ve created in the Step Edit section. Each feature has an optimized user interface so you can intuitively try out ideas as they spring to mind.

TIME WARP: SAVE YOUR “HAPPY ACCIDENTS”

Never lose the phrases you make incidentally when you’re trying things out. Use Time Warp to audition the previous phrase you created and save it as a new sequence pattern if you like it. There’s no need to stress over the workflow of practicing and recording take after take. Instead, feel free to just play around until you hear something you love, then capture it for use in a track or performance.

In addition to a USB B terminal and MIDI terminals for your DAW and hardware synthesizers, you can sync and play with modular synthesizers using the two sets of CV/GATE outputs and CLOCK input/output terminals. DIN SYNC input/output terminals enable syncing with vintage synthesizers and drum machines. Various signals including notes and clocks are mutually converted inside the SQUID automatically, so you can easily expand your creative scope just by adding the SQUID to your current setup.