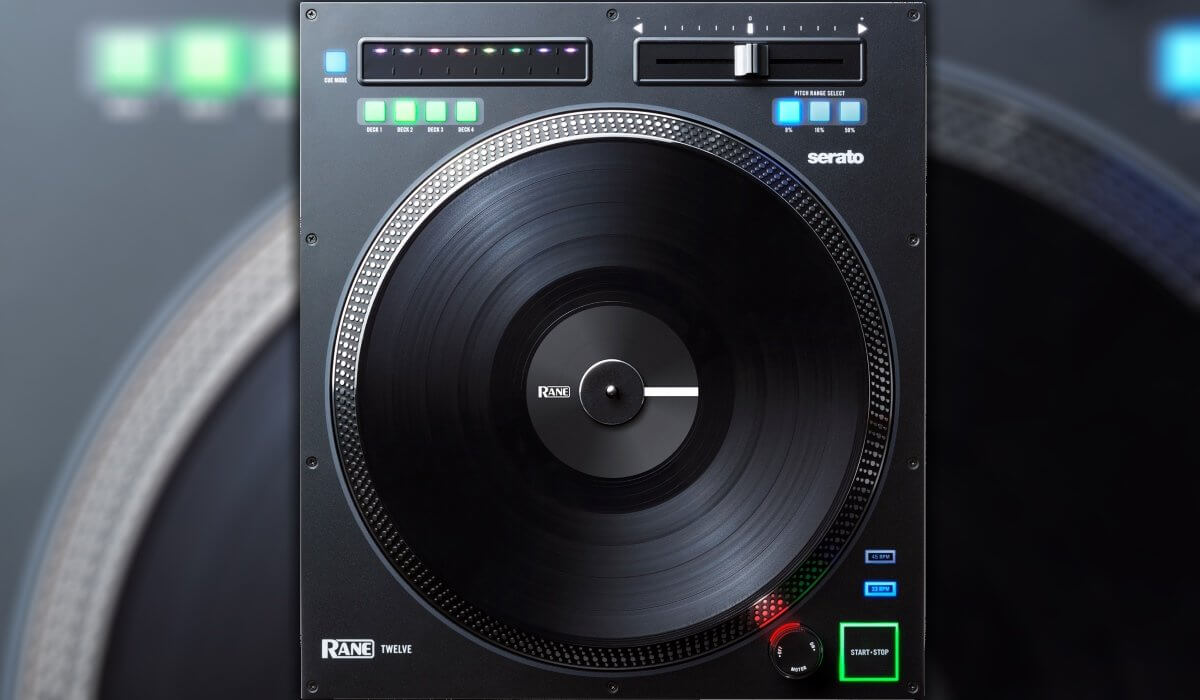 We have seen this before. Numark released many years ago the Numark V7, basically, a cut off NS7 deck.

Of course, the V7 had much more a controller layout compared to the Rane Twelve. But those 7-inch platters were kind of cool anyway and having all the extra controls on the deck made it much more useful those that don’t have a Serato DJ compatible mixer with all the bells & whistles like the Rane Seventy Two.

Paired up with the Rane Seventy Two, it forms the perfect setup for the digital scratch DJ: it’s a fully digital midi setup, but with the tactile feel of a traditional “two turntables and a mixer” setup.

We can only hope that the Numark Dashboard will work with this setup because that corrects one of the major omissions of the Rane Twelve: the lack of screens. I cannot imagine the Dashboard won’t be compatible since it’s an official Serato accessory, and more importantly, Numark is also part of… InMusic.

These are not only cool new products but a whole new direction for Rane as a DJ gear manufacturer. Certainly, the acquisition by InMusic has brought some interesting ideas to the table, and it positions InMusic as a serious competitor against Pioneer DJ on the battle mixer/turntable scene. Hopefully, we will see a Rane Seven as well, with more added controls (pads, effects, maybe even a screen?) to go with a more basic battle mixer.

Turns Out The Mixars Primo Is Still Alive And Well!