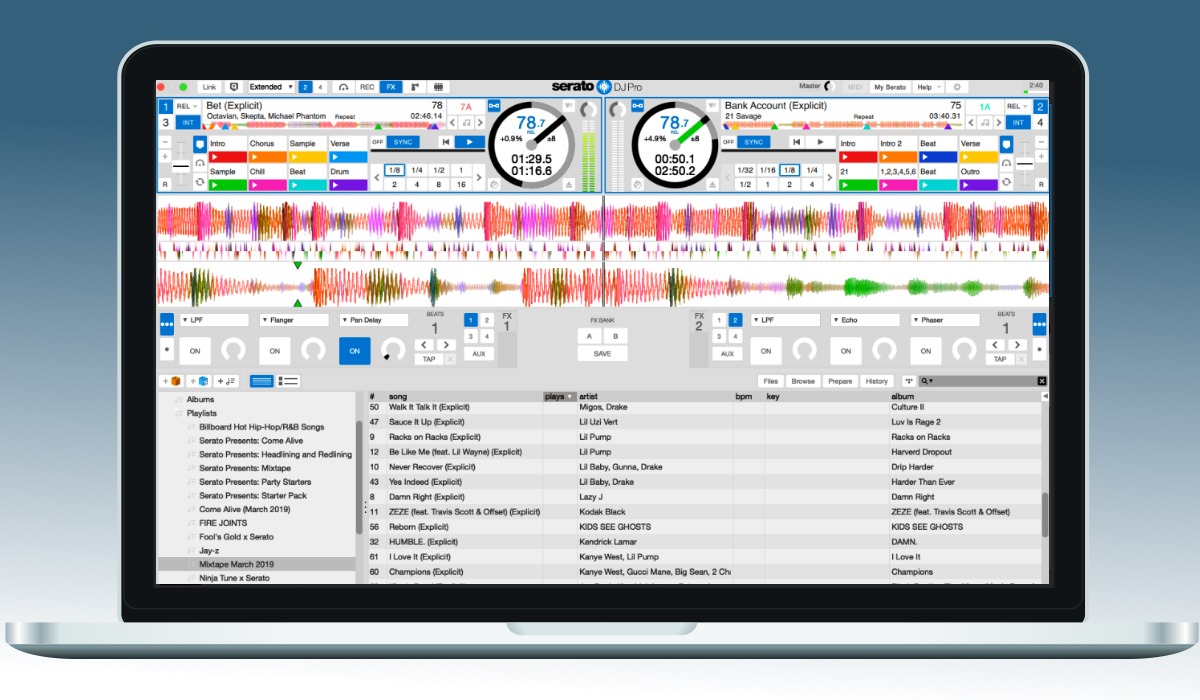 Serato has announced the public beta for Serato DJ Pro 2.2 version, and two features that have been requested heavily since the early days now finally made it into the software: day mode and play count.

If you have ever tried to DJ in bright sunlight with a laptop, you probably have experienced the pain of trying to figure out what’s happening on your laptop screen. The fact that DJ software usually has a dark color scheme (to match the lighting conditions in dark clubs and venues) can be a serious issue when DJing outside.

Serato used to include a day mode in their old ITCH software, so it’s good to see they finally acknowledge that daytime DJing didn’t end when they retired ITCH, and are including it finally in Serato DJ Pro.

Another obviously handy feature, missing for so many years will be finally added as well: a track play counter. The play count will work with local and with streaming tracks, and will only be increased when a track is actually played (meaning, the track was loaded and played through the master output).

Finally, Serato DJ Pro 2.2 will bring important improvements to the streaming experience within Serato DJ Pro. Amongst other features, there will be a download indicator, the possibility to analyze downloaded tracks in batch, and many more.

*NOTE: Plays column does not update using the single deck Offline Player. A ‘play’ uses the same logic as a Played Track in the History (crossfader/channel fader has to be open etc). If you have Custom Crate Columns enabled the Plays column will only be there for the All… crate and you’ll need to manually add the column in crates. The column will be lost from the library if you go back to an older version of Serato DJ (played count will remain, they will just need to be re-scanned to get the # count back in later versions). Past played tracks are not included in the count.