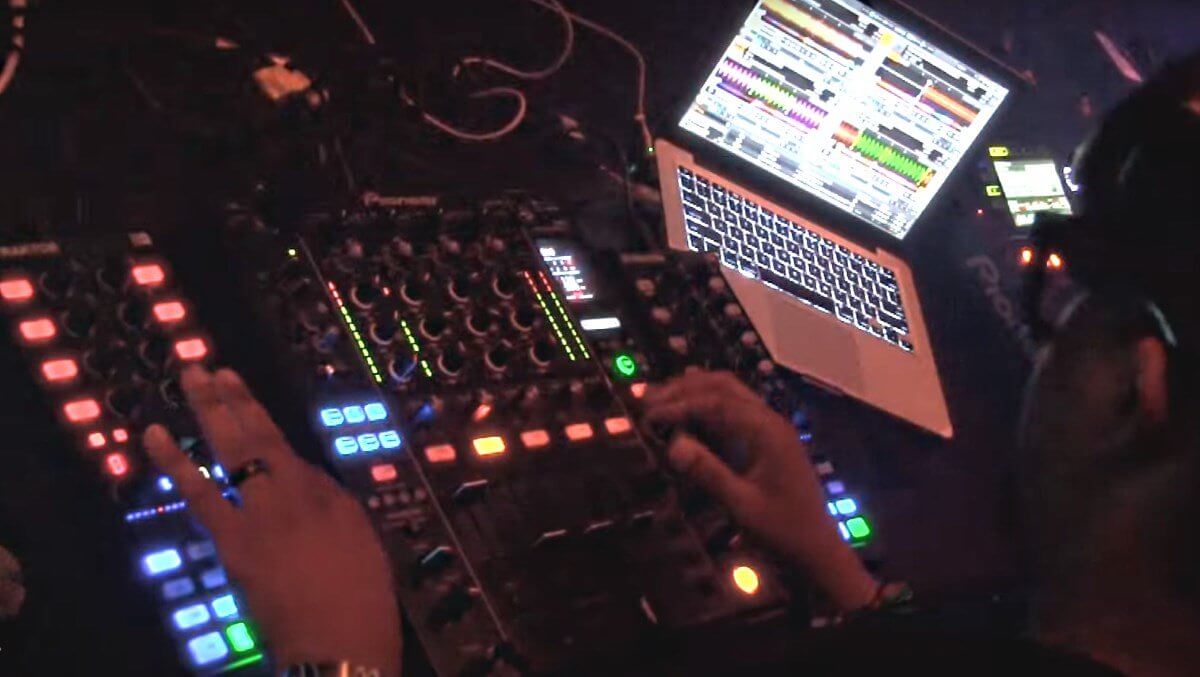 In our third entry in superstar DJs and their DJ gear, we turn to the legendary Felix Da Housecat, musician, producer and DJ spanning more than 3 decades of creativity.

He is one of the pioneers of the Chicago House genre but through his rich career he as known to mix and combine genres to produce a uniquely vibrant and funky sound.

He is known for his cool and laid-back attitude, and while these days you can catch him doing club gigs, he has done everything in the past, from festivals to big stadiums. Here is a guy that basically helped to invent House music and now is enjoying playing the music he loves in front of small audiences.

If you want to get into his vibe, check out a set he did for Mixmag last July, one of the most recent ones online.

Felix Da Housecat has made over the years a strong case for digital DJing. He fully embraces going digital stating that technology is there to be used and if it makes it possible to be more creative, have more music at hand and basically rock the crowd in a more sophisticated way, it really doesn’t matter what a DJ uses to play.

So on to the gear.

In an endorsement video for Native Instruments of a few years ago, he explains why the X1 fits his play style perfectly. From controller 4 decks with only two X1’s to launch clips and acapellas in perfect sync, it’s clear that Felix Da Housecat has absolutely no problem to use sync in his performances. So much for this not being real djing.

In order to have a hassle-free setup with Traktor Pro, he combines the X1’s with a Pioneer DJ DJM-900 Nexus, which plug and plays with Traktor.

It’s a pretty simple setup, but quite effective, since 1 X1 can control 2 Traktor Pro decks, giving him 4 Traktor decks in a compact setup that easily fits in most DJ booths.

For a DJ that has been around since the eighties and has played on turntables & vinyl first and CDJ’s later, the absence of jog wheels in his setup is remarkable. A better endorsement for the effectiveness of the X1’s touchstrip would be hard to find…

Finally, have a look at an interview Felix Da Housecat gave to Djtechtools.com in 2014, where he discusses his style, his motivation, his ambitions moving forward with his career and his gear choice.

What do you think of his setup? Does it inspire you to move to a modular setup yourself? Comment below!