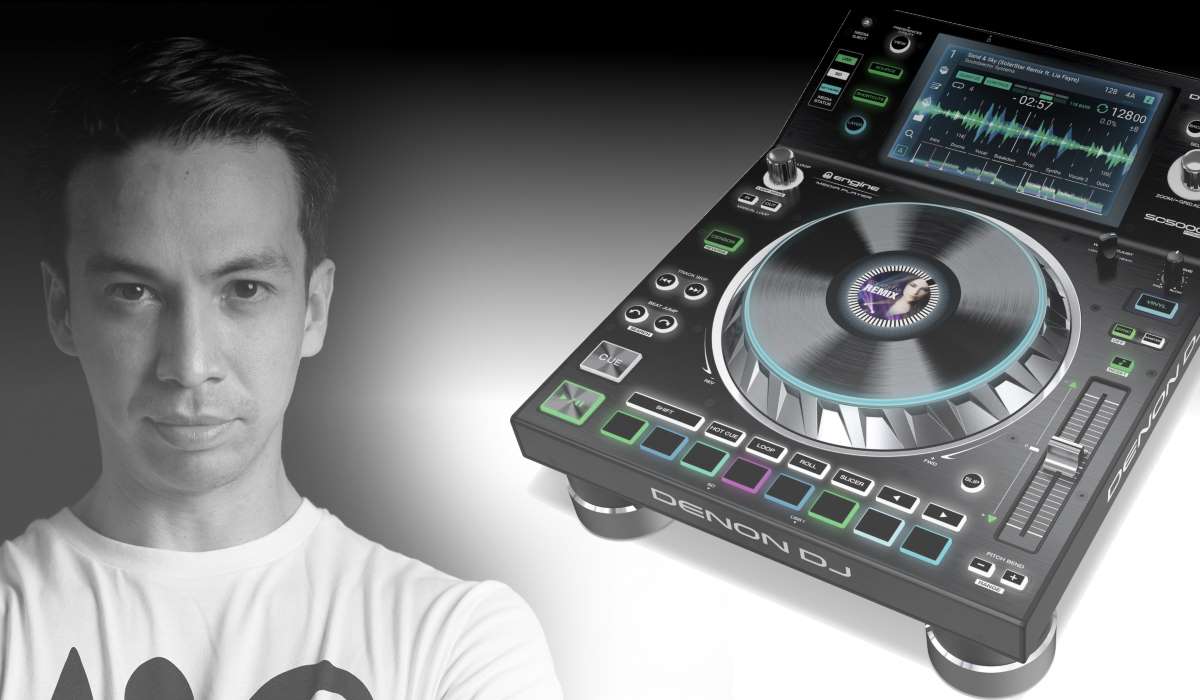 Laidback Luke is one of the most interesting DJ’s in today’s crowded EDM scene. In fact, calling him an EDM DJ doesn’t really do him justice since his range & style goes beyond that. Laidback Luke combines effortlessly different genres during his set, crafting a unique vibe.

Also, Laidback Luke is an amazing technical talent behind the decks, capable of tricks that most other DJ’s wouldn’t attempt, not even in the privacy of their own bedrooms…

He recently put out a video outlining the thought process he goes through while DJIng, and what becomes clear is that there is little preparation work there, it’s all in the moment, based on talent, skills, and experience. A great video to see if you want to understand how a DJ takes those split-second decisions during a live set:

In the video below from DJsounds, Luke delivers a star performance. Watch him mix 4 decks at the time and never missing a beat. In my opinion, one of best performances on DJsounds ever, and one of the best recorded performances from Luke.

I have been learning from his videos for years, and it has been interesting to seem him evolve through the years from CD’s to USB sticks, always following the latest technical advancements.

Until very recently he used Pioneer DJ gear, namely the latest iteration of the Nexus range: the CDJ-2000NXS2 and the DJM-2000NXS2.

The CDJ-2000NXS2 has 8 hot cues accessible through 4 color coded buttons, a large touchscreen to control the player’s many features and extensive possibilities to tag & track your tracks when preparing and playing out. Using the CDJ-2000NXS2 feels a lot like using a high-end DJ controller, and watching Laidback Luke perform with it really shows how much of a creative DJ he is, pushing the player to their max.

The DJM-900NXS2 has improved a lot on sound quality compared to the previous model, and the addition of Frequency FX allow DJs to isolate a certain frequency range (low/mid/high) and apply effects only to the selected range, therefore avoiding, for example, a base drum to dominate when applying a delay. Apart from that, the DJM-900NXS2 has all the features (color effects, a 4 channel sound card, independent send & return, and so on.

Very recently however, he switched to Denon DJ and is now using 3 Denon DJ SC5000Prime Series media players combined with 1 X1800 Prime Series 4 channel mixer. He did his latest set at Ultra 2017 is according to himself his best ever, and was played with this setup:

Watching this set makes it pretty clear why he switched: Denon DJ has delivered a beast of a media player, with an iPad-like touch screen and 8 performance pads per deck that finally give a “CDJ” DJ the same amount of creative possibilities that “Controller” DJ’s have had for a long time.

There is also this cool “In My Mind” video that he did shortly after starting on the Denons. This is one is recorded LIVE in front of a crowd, and while you might not have heard the mistakes, he does make them and doesn’t mind sharing them with all of us. A great way to learn from them!

Laidback Luke is also known to use in-ear headphones. This has several advantages over traditional over the ear models. Your hands are free all the time, and maybe more importantly, the in-ears offer better protection from audio spikes, protecting your ears against irreversible tinnitus. Luke has been known to use the SOL REPUBLIC Relays 3-Button In-Ear Headphones, but probably he uses other models.

Laidback Luke is a master of effects as you can see in the various videos in this feature, and he uses the wide range of possibilities on the DJM-900NXS2 to enhance build ups, highlight elements in a track and overall make his performance stand out.

There is a funny video on Luke playing out with A-Trak & Craze, probably Luke’s only scratch performance on vinyl online:

To finish, I leave you with his DJ masterclass seminar at Dancefair in 2015. Luke talks about how his DJing evolved over the years, and what his thoughts are on DJs that play the Beatport top 100 back to back on their shows.

What do you think of Laidback Luke and his gear choices/Djing skills? Comment below!

Could The Pioneer DJ CDJ-2000NXS3 Be Close To Release?

Pioneer DJ And TCSupply Partner Up To Control Lights With ShowKontrol