DjTechZone Is Your Daily Dose Of DJ Gear News And Reviews
Home DJ News What The iPhone X Means For DJ Apps: A First Mock-Up 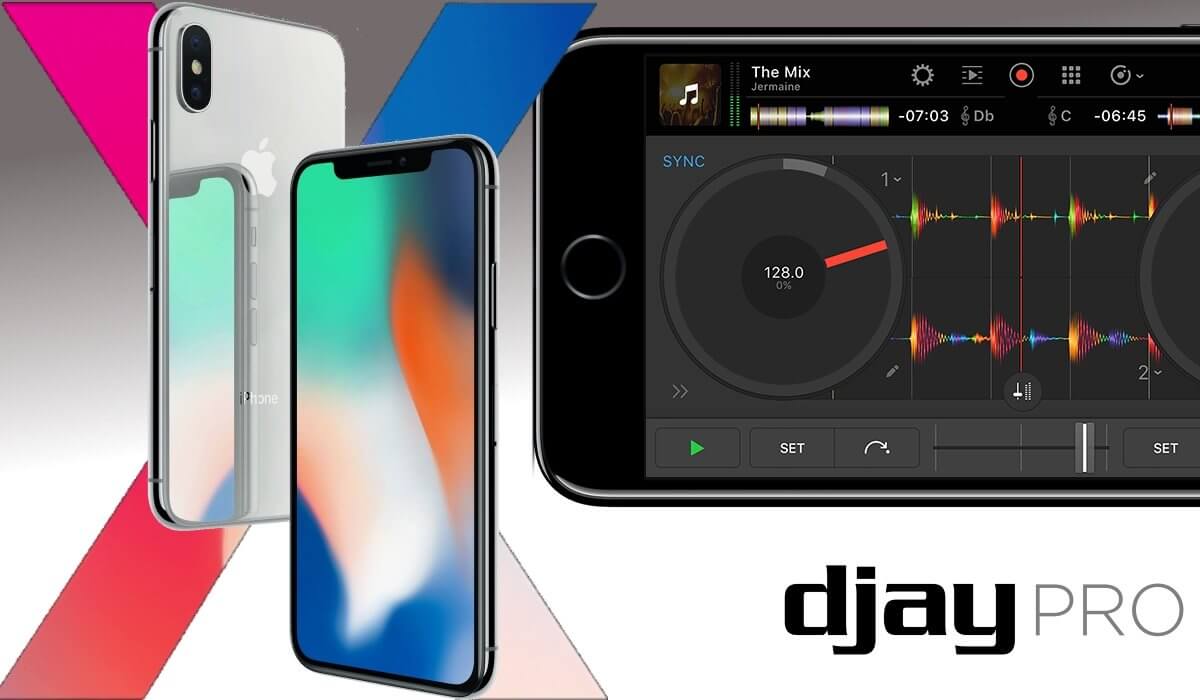 Now the iPhone X is out, DJ app developers can start working (and for sure they already are) on using that extra screen size to stuff even more controls in their IOS DJ app interfaces.

The iPhone X however, has a slightly larger 5.8-inch screen, and that extra space could be put to some good use.

I looked at Algoriddims djay Pro for the iPhone 7 and came up with a mock-up screens that show how developers could put that extra screen size to use.

On the iPhone 7, 7plus, 8 and 8plus the application is limited by large bezels and that creates a limit on the amount of information that can be shown at any given time.

The minimal bezels on the iPhone X allow for more screen space, and that could be, for example, screen space that could be used to add extra controls. In my example, I added gain, pitch fader and EQ controls for 2 decks on each side.

This could be complemented with a switch button to change between decks 1/2 and 3/4.

Of course, the big cutout for the front-facing camera, Face ID sensors and other high-tech stuff on the iPhone X stand in the way, and that will for sure be a challenge for developers and UX designers. But that will be a problem all IOS developers will encounter. While the simple solution is simply to black out the top section, that kind of nullifies the whole idea of an edge to edge screen.

In any case, the added screen space does create a more immersive experience, and that is a plus for Dj’s that plan to use their iPhone X for Djing. The additional improvements (OLED screens, A11 Bionic chip with 64-bit architecture, improved cameras) will for sure benefit IOS djay application making them faster, snappier and stable.

Hopefully, Apple will soon come with a bezel-less iPad that will provide maximum screen space for djay Apps, that would really bring IOS djing to the next level!

Check out my mock-up of what that could like below:

A bezel-less iPad Pro would really blur the lines between physical hardware and a multi-touch screen, and combined with haptic feedback that keeps getting better and better we could see IOS DJing becoming a more realistic alternative fast!